About once a week I hear some poor newbie scream in terror as he discovers that his box is just seconds away from a gruesome death with barely a few megabytes of memory left. How could this have happened, it was fine when I booted it this morning, why does a Linux box need 2GB of memory just to run Apache, more bloated than Vista, etc, etc.

Then you explain about the wonders of disk caching, and invariably the first question is always “How do I disable it?”

All in all, it’s a lot of repetition.

To avoid this, I registered LinuxAteMyRam.com which features a big flashing “Don’t Panic” sign and answers the most frequent questions as reassuringly as possible.

The goal is to allow people to appreciate Linux’s disk cache for the brilliant, unobtrusive and effective optimization it is, so it skips over some details like the swappiness setting. 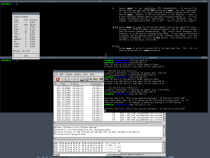 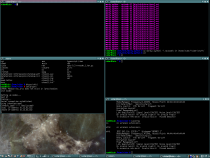 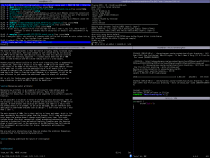 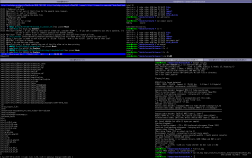 Pretty much all Linux newbies will at some point be dazzled by the amazing powers of dd, and consider using it for backups. DON’T! Allow me to elaborate:

So when is dd a decent choice for backups?

Take a snapshot of a new laptop that doesn’t come with restoration disks, so that you can restore it if you sell the laptop to a non-geek or if the laptop needs servicing (it’ll make life easier for clueless techies, and companies have been known to use Linux as an excuse for not covering hardware repairs).

Create a disk image right before you try something major that you want to be able to reverse, such as upgrading to the latest Ubuntu beta to see if the new video driver works better with your card. Or right before installing Puppy Linux to write a little review about it. Restoring the image will be easier than downgrading/reinstalling, and you won’t have done any work in the mean time.

Image a computer and teach the kids how to install an operating system in a realistic scenario.